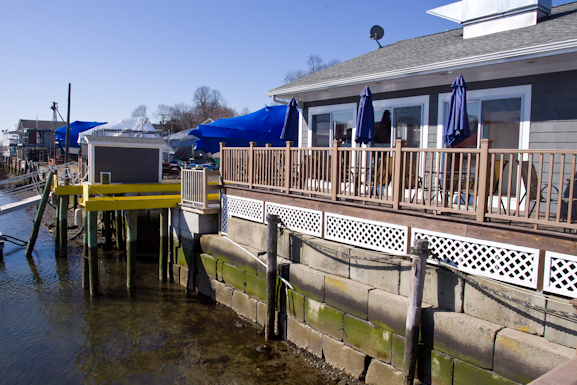 There’s a warmth in the air that carries the undeniable scent of spring and it has locals ready to shake off the last of winter. One such group of New Haveners – my Sunday brunch companions and I – thought we would try a different brunch haunt this week where we could pretend it was summer already. A fly on the wall of our car as we drove down Front Street, Fair Haven, to Jenelle’s Waterfront Café would have heard whispers of “where are we?” and “I didn’t know this place existed”. Sometimes that Yale bubble is hard to burst.

Perched over the water at the Fair Haven Yacht Club, Jenelle’s provides a momentary escape from New Haven and a taste of tranquility by the water – unfortunately what is usually a rare opportunity despite New Haven’s coastal location. The restaurant has been open for near on three years, since Jenelle gave up a burgeoning career in broadbasting to follow her true passion: food. Originally from British Columbia, she found love in New Haven and has been an East Rock local since. Catering is her primary business, so the restaurant is an added extra – lucky for us brunch goers. While the sun may have had us blinded – it was still not quite warm enough to sit outside – I made mental notes of the restaurant’s east-facing deck, which will be beautiful on sunny summer mornings. 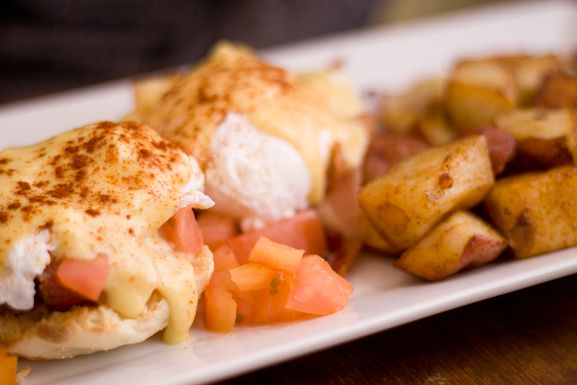 Our brunch was a feast that competes with any of New Haven bruncheries. The benedicts come in six carnations or meat, seafood or vegetable. My whipped cream-loaded Belgian waffles arrived a mountain of decadent food. Along with omelet specials and homemade corn beef hash, Jenelle has some lunch-style options for brunch, including her signature lobster rolls and vegetarian quiche.

Her dinner menu is a touch American with a generous dash of New England – including lots of seafood to complement her waterfront location. In the warmer months you can enjoy a meal to the sound of lapping water and glint of starlight on the bay. Her catering selection is an exhaustive list of gastronomic pleasures, from wild mushroom parpadella to tuna tartar in wonton cups or dates stuffed with goats cheese and maple sauce. A self-taught chef, Jenelle seems willing to try whatever culinary creation to please her client and she’s done everything from 100th birthday parties to baby showers. 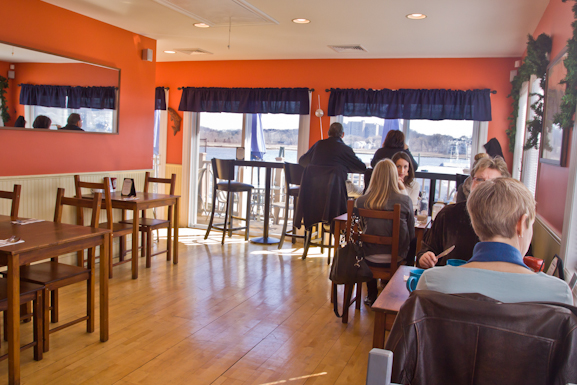 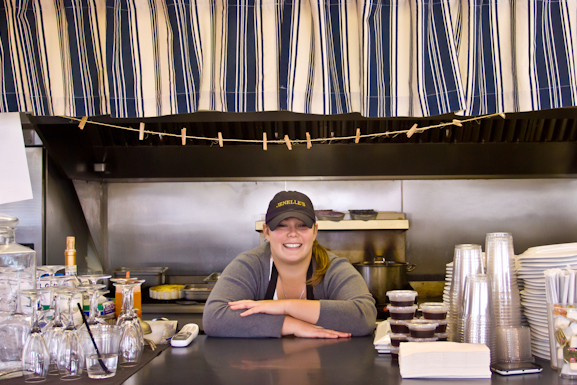 Yet despite her evident passion for cooking, Jenelle is quick to refute me when I ask about her home cooking. “I don’t cook at home!” She quips. “No, I love to go out so I’ll try new restaurants in town but I don’t cook at home that often.” She may not enjoy her own cooking, but we certainly did and we will be back again – when the sun shining and summer truly is in the air.

Open for dinner until 9:30pm on Fridays and Saturdays and brunch on weekends until 2pm

Filed under American, Brunch, Food with a view, Seafood