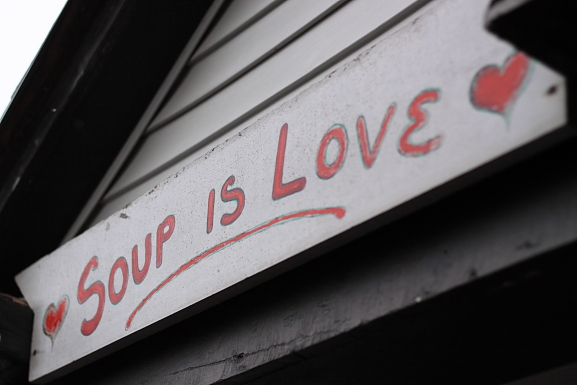 “We’d never made soup before in our lives,” said Gary Caulfield, co-owner of Milford soup shack Bobette’s. When Gary and long-time partner, Bobette Moore, acquired the hut on Boston Post Road in the late eighties, they let their imaginations run wild with little concern to the rules of soup-making. The resulting creations – lasagna soup for one – drew an intrigued band of customers at a time when soup stores had yet to become commonplace. At first, the combinations were strange, as Bobette played and fiddled, experimenting with flavors until she got that just-right taste. But 23 successful years and several regional awards are proof the tinkering has worked. 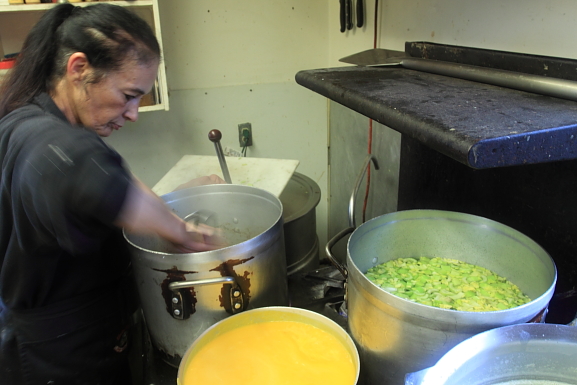 The rain drenches the sky in grey on the dreary Friday we stop in to Bobette’s, the weather unfit for much but hugging a steaming bowl of broth. The cosy shack allows just enough space to wriggle in between other waiting customers and yell out your order to the staff. Out back, Bobette mans the stove, stirring arm whirring at speed. Out front, gregarious and chatty Gary darts around taking orders and greeting customers. Their menu board lists the soup flavors, including their popular drunk tomato tortellini, Chicken Parmigiana and jambalaya, which change daily. We give in to the hype and go for their classic butternut squash bisque and mussel chowder – which took creative runner up at the Newport Great Chowder Cook-Off (the International Olympics of chowder). 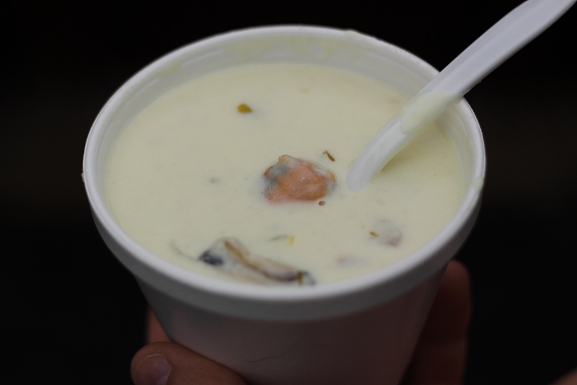 The bisque is buttery smooth and thick with wholesome squash flavor. A handful of mussels are added to the creamy chowder when you order, heartier than the usual chopped clam version and altogether creamier. Even a regular cup is enough to induce a warm soup belly. You can also grab sandwiches and salads, including their tasty chicken salad, whose fine paste-like texture may put off the unacquainted. Unfortunately there’s no seating, but for less than $12 we enjoyed a cosy meal over the car hand rest, warmed by the heat of our soups, as we watched the rain run in rivulets down the windscreen. 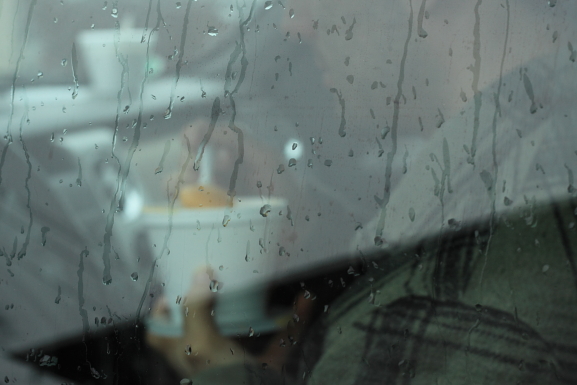 Beyond being perfect soup weather, February is a perfect month to drop into Bobette’s as they feature their butternut squash bisque daily, donating a portion of the proceeds to the local soup kitchen. Gary even wrote a song about the event and had a local band put it to music. “I’m not a songwriter,” he assures me with a self-deprecating laugh. But when I ask he what he enjoys most about the work?
“Oh, I wrote a song about that too! It’s all about the customer and liking what we do. If you love what you do, you’ll never work again.” 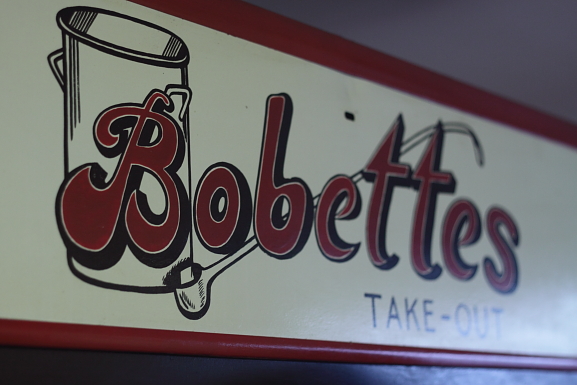 Open Monday – Friday until 6pm and Saturday until 4pm