A sunny Sunday in Westville 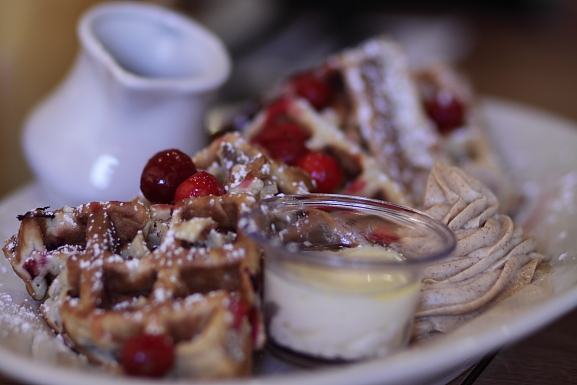 I dare say it’s reprehensible that I let near three months pass by in New Haven without experiencing one of Westville’s famed bruncheries. So on a recent sunny Sunday, simmering in the last warm breaths of summer, I finally made the trip –  eating companions, air conditioning and all – past Whalley Avenue’s fast food restaurants and run down establishments to a bustling Lena’s Cafe and Confections. Luckily we had put our name on the list, because clearly half of New Haven had the same idea. But Lena’s clearly caters for their popularity – more than a handful of flavoured coffees are on offer to tide over the morning rumbles. 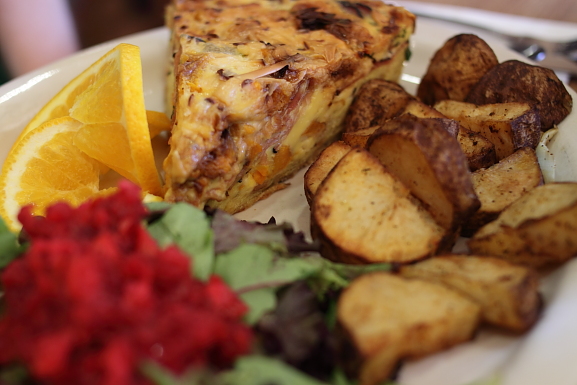 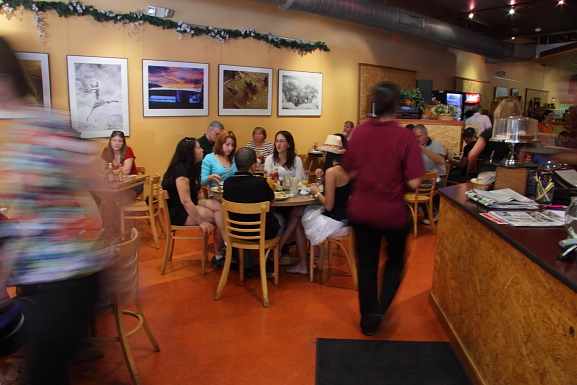 While they do offer lunch, brunch is the way to go here. Along with an extensive list of regulars like omelettes and eggs every which way, there’s always a list of specials boasting seasonal flavours, like the savoury acorn squash souffle with rosemary ham, gouda, and cranberry relish, or the decadent harvest waffle with apples, cranberries, oats and cinnamon mousse. Having heard rumours of the challah french toast souffle passed around like high school gossip, I decided to tackle the towering, eggy cube. It arrived a somewhat amorphous mass, paunchy and slightly tilted like a chubby buddha resting on its haunches, crowned with a single strawberry. I planned to devour it swiftly, but was deceived by it’s whispy name – the creme anglais-soaked brick feels just that in your stomach, delicious though it may be. A sample of the regular challah french toast revealed a far lighter texture – much more akin to your dime-a-dozen french toast but with an added chew and spunk from the challah. Both have earned their bragging rights, just make sure you order based on your taste. 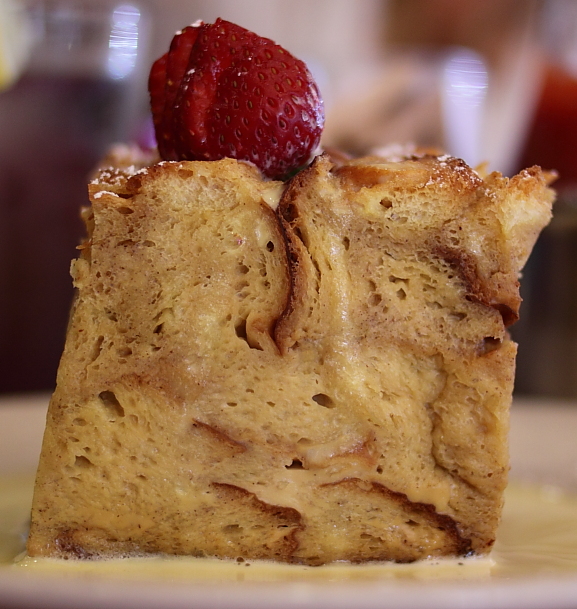 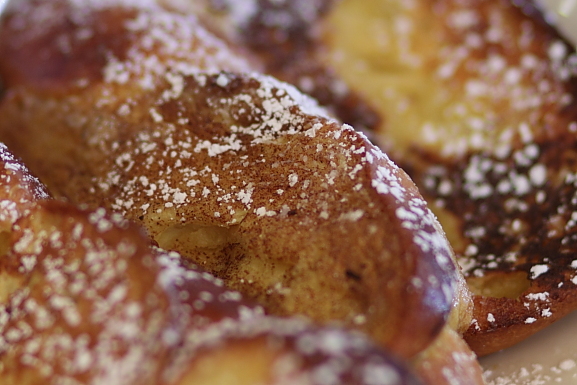 Lena’s’ generous plates, with their orange-wheel garnishes, could be mistaken for standard, super-sized American breakfast fare, but their quirky flavours add a little flair and keep the tastebuds guessing. Despite the onslaught of Sunday morning brunchers, the waitstaff and kitchen keep the food and drinks coming, their chipper disposition never wearing thin. Glancing once more out the window at the climatic display outside, it’s only a shame that there is no patio to enjoy a bite al fresco. 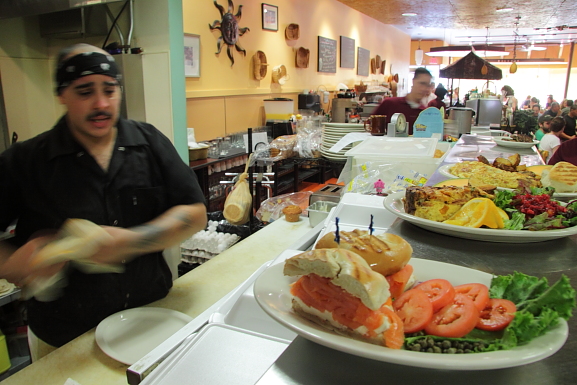 Open from 8am Monday – Friday (closed Tuesdays) and from 8:30am on weekends