A few hours in Greece 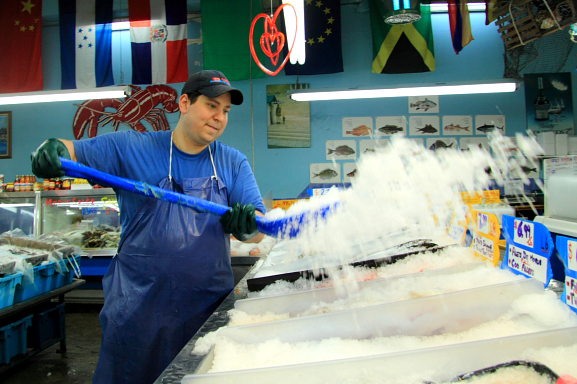 You would think a warehouse tucked into the back of an industrial area in Ahuntsic would be a questionable place to find an upstanding fish market, but Coralli boss, John Stadis, instantly sets any doubts at ease. “We’re very particular about cleanliness here,” says John. “My Dad was always very particular about it. Just because you’re a fish market doesn’t mean you can’t be clean.” John now heads up the business that his father first started in 1982 as a Greek immigrant with a business partner. 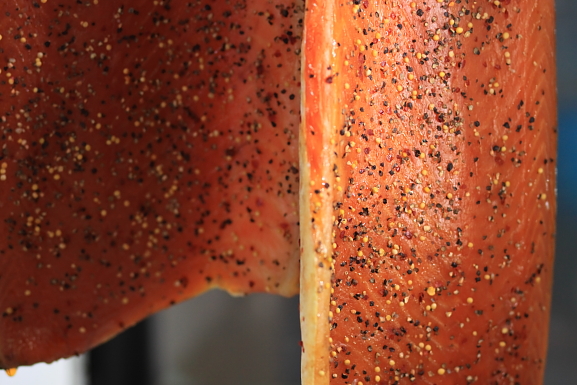 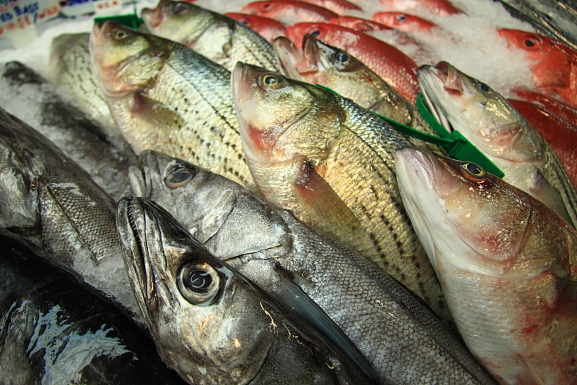 After both men thought up the name ‘Coralli’ at the same time (which in Greek means ‘coral of the sea’) it seems the fate of the store’s name was sealed, the business began, and it has now been delivering top quality seafood to Montrealers for nearly 30 years. Rows of flags hang from the ceiling, denoting the nationalities of each one of Coralli’s customers. Whisking us around the store for a tour of the produce, John is instantly likeable and is clearly passionate about his work. We munch on samples of the highly popular Maplewood-smoked salmon that hangs in luscious, vibrant fillets in a fridge in the middle of the store and, immediately won over, throw a packet in our basket to take home. 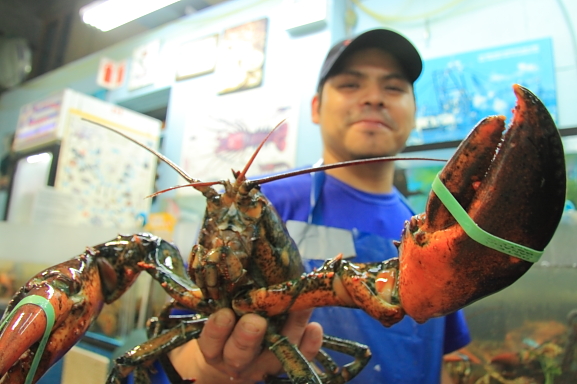 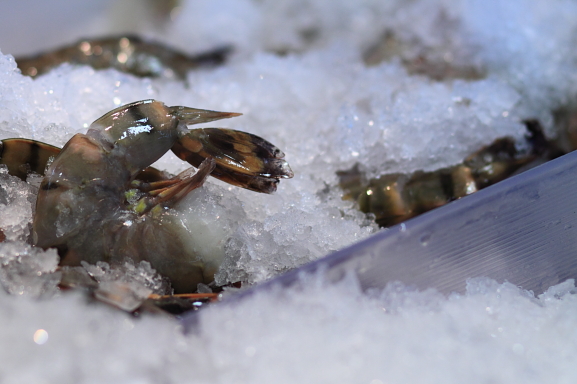 Eyeing off the range of fresh fish and seafood available, John tells me that Coralli’s focus is on quality and freshness. Their prices are reasonable – not dirt cheap – because they cut out the middle men and use transport companies to have the fish delivered direct to the store, as fresh as possible. Coralli even has it’s own trawlers that help stock the store when the seasons allow. About 75% of the produce is wild-caught and you’ll find about the best variety of whole and filleted fish in Montreal (John tells me: “If it swims we have it!”), as well as seafood like littlenecks, cherrystone and pasta clams, blue, snow and dungenes crab, and whole cooked octopus ready for the barby. 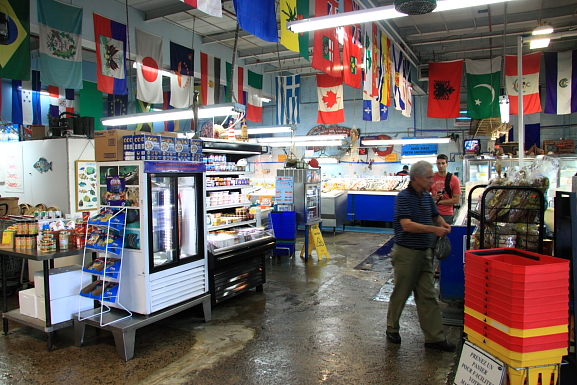 The Stadis family’s Greek heritage is also evident in the many classic Greek condiments and dips stocking Coralli’s fridges. Their caviar-flecked Taramasalata is smooth and tangy, but we take home a tub of the Kopanisti – another customer favourite – a rich feta dip with a cayenne kick that’s served at a pretty penny in the city’s top Greek restaurants. I feel I’m in good hands with John, as he packs up our fresh Canadian scallops and tells us how we can serve our smoked herring baked, Greek-style, with tomato and beans (they were a salty, smoky dream just as they were on crackers later that evening). It’s the type of customer care that brings people back again and again – and I’m sure what has been key to their success over the years.

In our constant quest for Montreal’s best souvlaki, we take the opportunity to ask a Greek local for their recommendation. Within a minute, John is on the phone to the boss at nearby Tripoli’s and we have a plate of souvlaki on the grill waiting for us. Now that’s service! We race over with our fishy loot and arrive at Tripolis, its terrasse out front bathed in sun, boxes of fresh bread being ushered in by deliverymen and boisterous Greek chatter being passed back and forth over the telephone. “The boss wanted you to try the spanikopita, on the house,” our friendly hostess said. We gratefully add the weighty slice to our towering stack of takeaways and head home to feast. I don’t usually eat a lot, or any, pork, but this meat is something else. Juicy and subtle in taste, the skewers had been spiced with the skill and depth of flavour of one with souvlaki in their blood. Hand cut potato ‘chips’ help mop up all the extra juices. The accompanying Greek salad is a meal in itself, with soft, crumbled feta and a generous slathering of olive oil. Curious at what seemed to be shrivelled up dolmades, I order a serve and am surprised by the nuttiness of flavour and chewiness  - the result, I presume, of baking the vine leaves. They made me wish I’d ordered two serves, but after polishing off the flaky, more-ish slice of spanikopita, there wouldn’t have been room anyway. 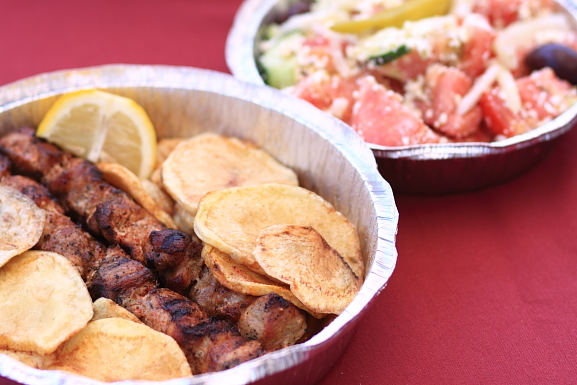 Tripolis is obviously a favourite amongst the Greek community for its authentic cuisine and homey feel. On a Monday afternoon I wasn’t able to see it in full swing, but I hope to chance on it again one night when the teeny restaurant is packed with Greek bodies and voices, sharing good food and stories. Easing back on the couch, blood vacating the brain and storming the stomach, preparing to digest the feast, I think to myself – this is the essence of Montreal…A simple chat to a local leads to the discovery of another little part of this city’s heart and soul and another gastronomic adventure…

And yet another food coma… 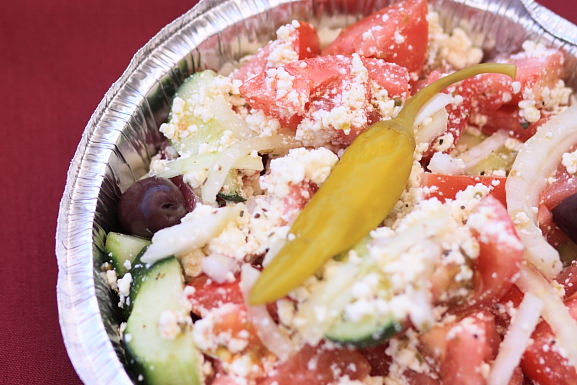 5 Responses to A few hours in Greece