A bite in the Whites 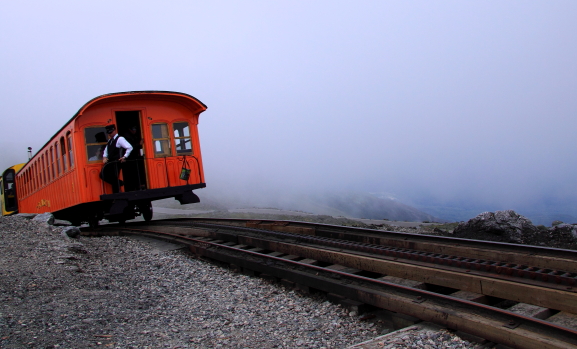 On the final leg of my trip with my folks, I wanted to show them a little more of New England while we had the chance. So the three of us piled into our rental car bags and bags of knick knacks collected along the way and headed off south into the enclosing cloud cover. We struck on a heavenly day of sunshine in Montreal where they finally got to see the city at its best, but the pesky grey sky crept back over as we drove into New Hampshire to make Mt Washington by that afternoon. 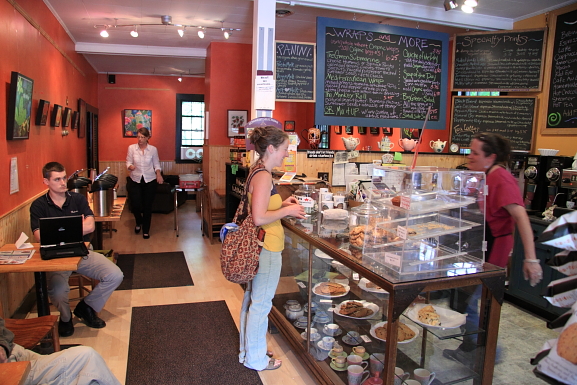 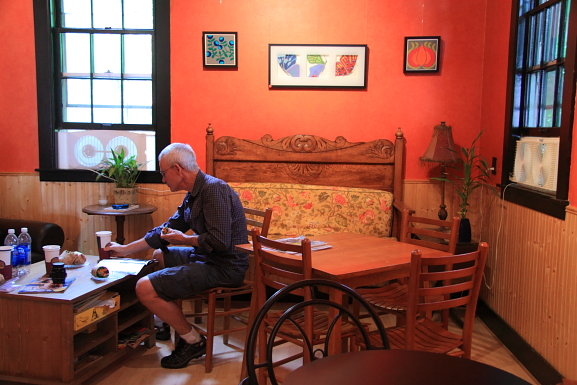 With only 48 hours left on North American soil, we chose to take the ‘lazy man’s route’ up the mountain (the Cog Railway – lazy men, I’d recommend the auto road next time), but needed to grab some sustenance on the 302 before jumping on the train, so I took them to a little new-found favourite called The Maia Papaya in Bethlehem. Dan and I found sanctuary and satisfaction in this place after a long, hunger-inducing day on Mt Washington earlier this year and since then I’ve been waiting for a return trip for an excuse to eat there again. 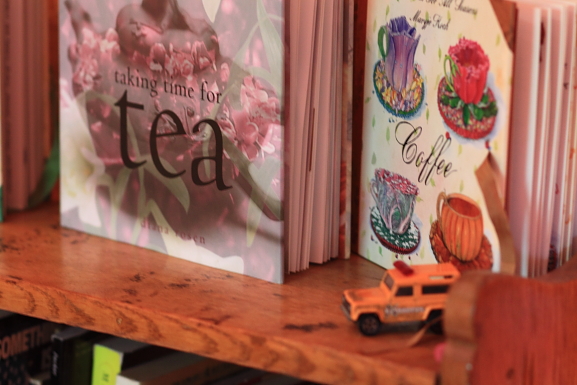 Main St, Bethlehem, is framed by quirky little antiques stores and small-town delis on either side of the road and Mt Washington jutting up on the horizon ahead. It’s much quieter and a whole lot less touristy than North Conway, so it’s a great place to fuel up before a trip into the Whites. Whilst Bethlehem already has its share of eateries, Maia Papaya owner, Melissa Sheehan, has gotten onto a good thing with her organic wraps, baked goods and breakfast treats. After a string of hospitality and customer service jobs and a stint at the Rocky Mountain Center for Botanical Studies studying herbalism and whole foods nutrition, she decided to try her hand at running her own business focused on organic and from-scratch foods.

Try the Mediterranean wrap with locally grown greens, roasted red pepper, olives, artichoke hearts and feta. Or the Monkey Roll with PB, bananas, raisins, sunflower seeds and honey – the perfect fuel for a day out in the mountains. All the produce is organically grown and locally-sourced (where feasible) – including every egg in their divine breakfast sambos. Melissa regularly comes up with new baked concoctions – including her toasted coconut choc-chip scones, bread pudding’ french toast or the delish trail mix cookies – so check the store’s facebook page for daily updates. 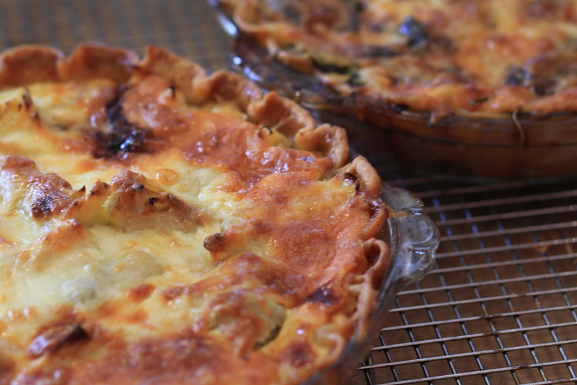 Also on offer are fruit smoothies, quiches, salads, paninis, house-baked granola and a staggering array of herbal teas and flavoured coffees, all very reasonably priced. I was eyeing off the snickerdoodle version – espresso and milk with cinnamon and hazelnut – and the ambrosia, with honey and almond. For the Aussies who are used to modest-sized coffees, my folks were drowning their medium lattes.

The Maia Papaya attracts a local crowd as well as tourists, like us, passing through on their way to or from the Whites. It’s a great little spot to grab a seat, admire the in-store art collection, check your email or even play a round of Scrabble as you enjoy a guilt-free, wholesome meal. The New York Times alleges it’s the best coffee in the White Mountains – perhaps you’ll have to go and see for yourself! 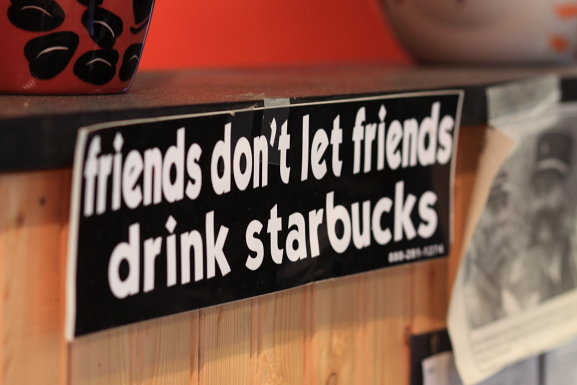 Open from 7am, Mon-Thurs until 3pm, Fri-Sun until 5pm

2 Responses to A bite in the Whites