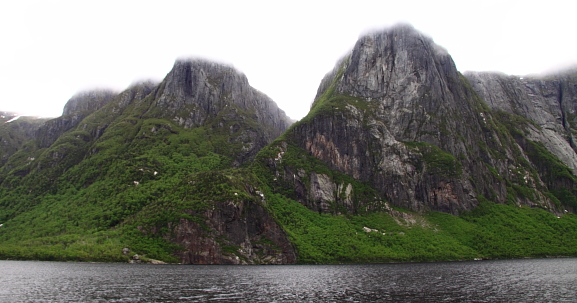 Apologies that the blog posting has taken a back seat of late – I’ve had a a busy few weeks showing my folks the new world I live in. It’s been a whirlwind tour, but the four of us still managed to squeeze in a week-long road trip around Newfoundland. And it was quite a week. We arrived to a fog-smeared sky and it just went downhill from there. Picture our faces when we watched the blistering onshore winds howl across the bay where we were staying in Gros Morne National Park and blow our heavy metal barbeque from one side of the porch to the other. Phew. 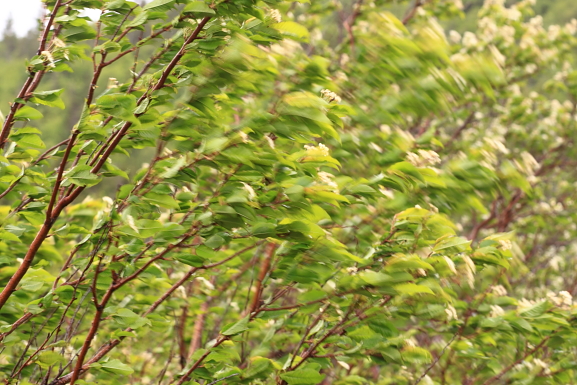 All this said, Newfoundland boasts some spectacular beauty and, despite a couple of days hunkered down with books, wine and cheese, we managed to explore some jaw-dropping landscapes. The national park’s Western Brook Pond, a staggering, forest-frosted, 2100-ft fjord displaying some world-class geologic history, certainly stood out as some of the best scenery I’ve witnessed. After a few days staring out of car windows we finally stumbled across some moose, drove through endless quaint fishing villages and of course spent some time with the loving and warm, but completely indecipherable, Newfies. 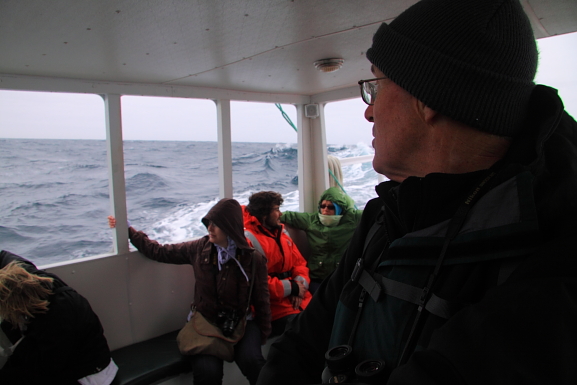 But after missing out on viewing North America’s largest puffin colony because of one too many green faces on our boat, and after rocking up to iceberg capital, Twillingate, to hear that the icebergs never arrived this year, I was feeling somewhat despondent as we headed out into the rain to dinner that night. Well I’m sure glad my old man remembered his camera, because we stumbled on a beauty of a place. Usually, the phrase ‘super lobster pool’ would turn me off (I really feel for any animal that has to be impounded for longer than absolutely necessary) but after eeking out some recommendations from the locals, we thought we’d give it a go. 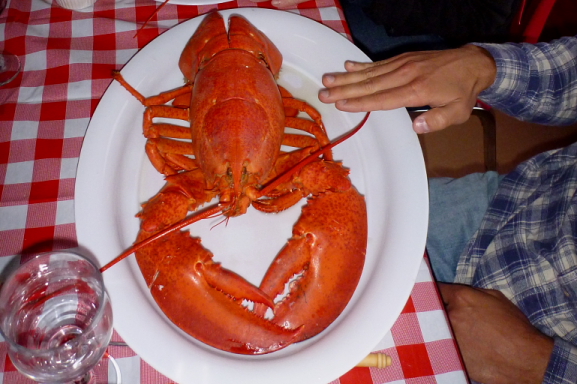 Doyle W. Sansome and Sons is a rustic little lobster shack perched on the dock in Hillgrade, outside Twillingate, one of a gaggle of islands piled out on the tip of central Newfoundland. The no-frills, lurid-orange hut offers some of the biggest lobster around. These things are whoppers – Dan’s hunk of a hand is a dainty paw next to his five pounder. The ma and pa-run joint lets you choose your lobster then enjoy the million dollar waterfront view and some traditional Newfoundland music (a.k.a. celtic sea shanties) whilst your bug is boiled in seawater. 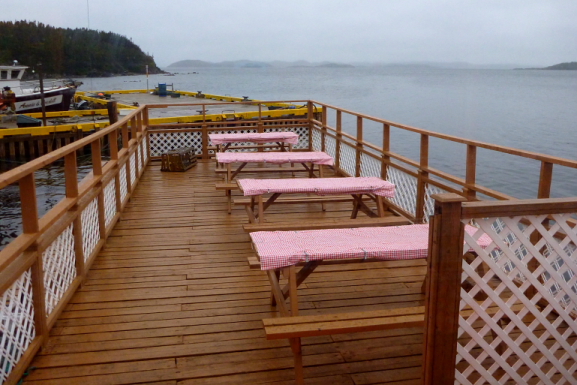 Unlike muddy-bottomed Maine, Newfoundland’s icy cold rocky harbours produce an even fresher tasting lobster meat (if that was at all possible). The succulent meat lacks any siltiness, and the boiling in seawater conserves the flavour. One lobster and we were done and done. If the weather hadn’t been so disagreeable, we would have feasted in the evening light out on their open deck. But with the rain splattering off the roof, we resigned ourselves to the cosy indoors and warmed ourselves with our full bellies. If this place were anywhere more populated, you would be eating with a full house, but here on the tip of North America, miles from anywhere, the decadent expanse of nothingness is all yours. If you ever do make the pilgrimage to Newfoundland, don’t forget to stop in here. 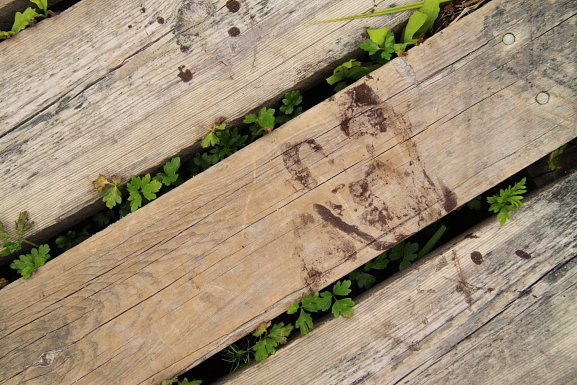 One Response to In Newfie territory